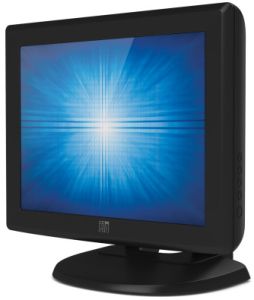 The ELO 1215L Desktop LCD touchmonitor is designed, developed, and built to provide the most cost-effective solutions for systems integrators, resellers, and OEMs, and complements Elo's expanding family of touch solutions for applications in the retail and hospitality markets.

This compact 1215L touchmonitor is not only "designed for touch" from the ground up, with Elo's expertise and reliability built in, and not added by altering an existing monitor, but alos carries the following benefits:.